You might be thinking, wait a minute, I have a colostomy, or a urostomy or an ileostomy.  What’s an ostomy? You will hear me refer to that from time to time because it’s the general word that covers all ostomies when writing or talking about it.  Before I ended up with a colostomy 20 years ago at the age of 39, I had only heard the term colostomy.  I had no idea there were three main ostomies as well as many different kinds of bowel and continent diversions.  I do address those various issues in my books, but I’ll let a WOC nurse blog about those specifics.

How do I look at life? Humor!

I am not a medically trained person; I’m just a patient who looks at life through the lens of humor.  It has gotten me through a lot!  Well, you’ve joined the group that not too many people would choose to be in…unless they are desperate— which is often the case of people with uncontrollable bowel diseases like ulcerative colitis, or Crohn’s disease.  Sometimes those diseases get so bad, they have no other options.  Or you could have ended up with cancer in the bladder or bowel which necessitated the need for an ostomy…like me.

There are as many reasons that people end up with ostomies as there are bowels gone berserk situations.  And it doesn’t discriminate, it doesn’t care if you are young or old, rich or poor, black or white, tall or short, healthy or unhealthy…bad things just happen to good people.  And it’s not that bad, we can live with it.  I guess that’s the point.  WE GET TO LIVE! For many of us that have ostomies, it became a life enhancing if not life­saving surgery.

We get to live so we have dreams to be realized!

Like so many people that face a possible early death, I made a bucket list and the top two things on my list at age 39 was to become a comedian and to go to college…I still haven’t become an auctioneer…yet.  I signed up for a class and learned how to write comedy and perform a three­ minute  set.  At the end of class, there was an opportunity to be in a contest called the Twin Cities Funniest Person and the criteria was that you could not have been paid to do comedy and out of 150 people, I walked away with the title and $1000.  I told my husband I’d split it with him so I gave him $50 bucks!  Next on my list was to go to college, at age 42, I was taking algebra again. In my book, “Your Glasses are On Top of Your Head”, I tell a story about sitting at the table and pounding it, being frustrated with math after studying for 2 hours.  My kids were 7 and 9 years old at the time and I guess I inadvertently motivated them.  My son turned to his sister (both are excellent in math) and said, “Look at mom, she can’t figure out her math problems in college.  That is why we are going to college right away after school.  “We don’t want to be old like her!”

Write a book? Me? Speak? Are you serious?

One thing I happened to excel in was writing and because I scored high on the assessment I was able to take the most advanced class, ‘How to Write a Major Project,’ and began my first attempt at writing a book.  I got an A and that’s where my first book, “If the Battle is Over, Why Am I Still in Uniform?” was born.  Since then I’ve written 4 more books.  And eventually someone asked me to speak about cancer and never having had experience speaking formally; I was pleasantly surprised how much I enjoyed that and haven’t stopped writing or speaking since.  I joke with people that having my rectum removed must have opened up some room for creativity!

Get the message out. Get Screened!

I realized early on that getting people to get their colons screened was my “higher calling” and since I owned a busy hair salon, I had lots of opportunity to educate people.  From the beginning, I used humor to tackle this awkward subject but I was committed to saving people’s lives.  Two weeks prior to being diagnosed with cancer of the rectum, I had never had bowel or bladder issues.  Since then, I have interviewed thousands of people over the years.  I have learned about how many truly suffered with bowel issues and have actually said, “I’m relieved I just had cancer.”  Even though my cancer involved lots of surgery, it was caught early, I was fortunate.  I remember telling the doctor who told me I’d need to have a permanent colostomy and have my rectum removed, that he was going to make me well because I intended to dance at my children’s weddings.  They were 3 and 5 years old at the time.  And I am happy to report that just a year ago, I danced all night long at my son’s wedding!

Here’s a little excerpt from a story in my book, “I’d Like to Buy a Bowel Please”. It was contributed by Gil and Melba Lorenz who at the time had been married 66 years. Gil had a urostomy.

We were on a plane headed for Vancouver when all of a sudden, my pants were wet. I grabbed some supplies and headed for the rest room to try to repair my appliance (pouch, bag).  We were having turbulent weather.  I simply could not fix it.  I opened the door and told the flight attendant my problem. “Would you please ask my wife to come back here?”  What a time we had.  The plane was jumping around, and we were both in the tiny bathroom and neither of us are small people.  She sat on the toilet, while I was hanging on the wash basin.  After about 20 minutes we got the job done.  My wife asked, “What should we say when we leave here?” I said, “Nothing —just smile!”

What do you do when you have an ostomy? Live! Love! Laugh!

So if you haven’t figured it out by now, what you do when you have an ostomy— you live.  You live well with laughter and love in your life.  If things are tough right now, they will most likely get better over time.  I like the saying that hangs in my office, Blessed are they who can laugh at themselves, for they shall never cease to be amused.”  There will be tears in the journey with an ostomy but laughter will also be a constant companion if you let it be.  All the best to you. 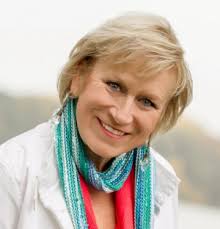